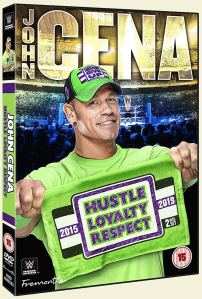 If you saw John Cena’s unadvertised return at Wrestlemania 35 earlier this year, you’ll know it was preceded by a video about baseball legend Babe Ruth, the implication being Cena is the “Babe Ruth of WWE”. In other words, Cena has been decreed the “Greatest of All Time” in WWE.

Obviously that is purely subjective given how Cena was routinely booed for most of his run as the top babyface of the company, whilst the names that have been snubbed for this lofty distinction, many might feel are more deserving of this mantle. This list includes such mighty names as Hulk Hogan, Steve Austin, The Rock, Bret Hart, Shawn Michaels and The Undertaker.

However, something else they all have in common – excluding The Undertaker and The Rock – is they have all had a falling out with or caused Vince McMahon some kind of headache over the years. Cena on the other hand has been a model employee, doing everything Vince asked of him in and out of the ring, becoming a great ambassador for the WWE and the last recognisable draw for the company despite only appealing to half the audience.

Because of this loyalty – and far be it for me to speculate but considering the monster Superman push Cena received he should reciprocate – Vince clearly feels this ostensible spotless track record deserves the ultimate reward of being decreed the “Greatest of All Time” in WWE.

Cena may now have a burgeoning career in Hollywood and his WWE appearances are increasingly infrequent but at least he stuck around WWE for 15 years and not as soon as the door to other opportunities was opened, which I am sure is Vince’s rationale for favouring one the most of polarising figures in company history as his Babe Ruth.

So why am I telling you this? Because there doesn’t appear to be any real reason for the latest release by WWE Home Video other than to milk more money out of Cena fans, especially now his WWE career is pretty much a part time gig for him now. There is certainly no overt narrative pertaining to the above accolade (presumably as it has only been introduced last month) but it is hard to shake the feeling this is little more than a cash-in project.

The matches are culled from the 2015-2018 period beginning with Cena defeating Rusev for the US title at Wrestlemania 31 – the match where Rusev was undefeated and Cena putting him over on the biggest stage of them all would have made Rusev’s career. The fact Rusev came out in a tank with a parade of marching Russian soldiers would suggest Vince was heavily investing in the guy – sadly, it wasn’t to be, as Cena not only beat Rusev with a single AA but Rusev had stumble into the move after knocking Lana off the apron first!

It was downhill for Rusev from then on, as we see in the “I Quit” rematch from Payback 2015 where ring announcer Eden “Brandi Rhodes” Stiles said the only way to win was to “literally” make your opponent submit by saying “I Quit”. Unfortunately, Americans have confused the meaning of “literally” with “figuratively” but here Vince truly distorts its meaning because he has to protect Cena in the booking.

Basically, when Cena passed out in the Accolade, Rusev thought he had won but because Cena didn’t verbally submit, the match is restarted. Rusev is then put in the STFU with the ring rope around his neck and shouts stuff in his native tongue (not confirmed but I think he was telling Lana this move might spice up their love life) when it was deemed Rusev had said “I quit” and Cena won the match. Another joke victory for Vince’s golden boy. Literally.

Other names falling to Babe Cena as US Champ include Stardust (aka Cody Rhodes), Sami Zayn, Kevin Owens, Dolph Ziggler, and Seth Rollins in the infamous match where Rollins splattered Cena’s nose with a stiff knee to the face! That covers the content on disc one while disc 2 focuses on Cena going after the WWE Title where he sought to equal Ric Flair’s (official) record of 16 championship reigns, and he achieved this at the expense of AJ Styles at the 2017 Royal Rumble.

Arguments could be made that this was a foul move as Cena dropped the title a month later in the Elimination Chamber match to Bray Wyatt with the belt ending up on Randy Orton at Wrestlemania 33 until he lost it to Jinder Mahal of all people! This takes us to Cena vs. Shinsuke Nakamura on Smackdown Live in a No 1 contender’s match, notable for Cena taking a bad landing on his head which caused Vince to have kittens.

The rest of the disc sees the “Wrestlemania Worthy Dream Match” against Roman Reigns from No Mercy 2017 where both men were booed out of the building, then some RAW matches against up and coming talent who he could have put over but didn’t in Elias and Finn Bálor, and a No DQ brawl against Kane. The last two matches in this set are the old timers match against Triple H from the first Saudi Arabia PPV, and Cena’s last RAW match from January this year in a fatal four way against Bálor, Baron Corbin and Drew McIntyre.

With a brief video package complete with a stirring, triumphant voice over at the start of each disc there is little really to offer fans other than a compilation of Cena matches all in one place. If you’re a die-hard fan this will be an easy purchase decision otherwise these matches are available on the WWE Network or PPV DVD releases.

Regardless of its solid match quality it is hard to see this as little more than a money grab release to keep Cena’s name relevant among the current fanbase as he pursues greener pastures outside of WWE.