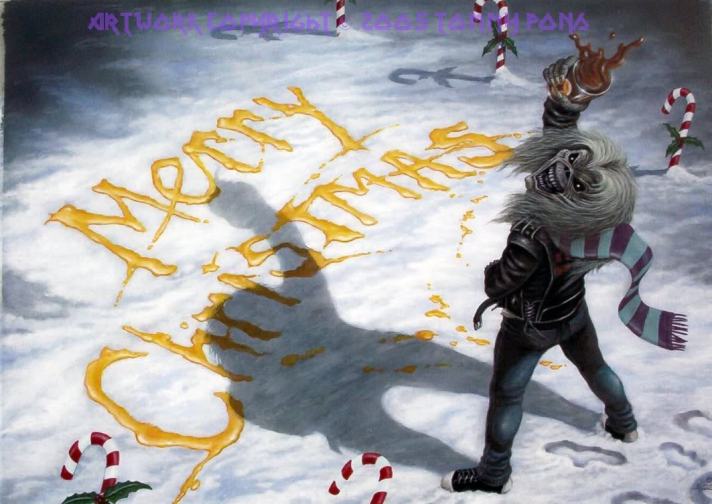 Well this is something new for me – a Christmas game of tag.

This is a blogger chain game created by Richard at The Humpo Show in which we are set a few seasonal related questions with a slight thematic twist to them, then “tag” other bloggers to do the same and keep the chain going. I must credit and thank SG of Rhyme And Reason for tagging me.

First I shall answer the questions SG set:

All I Want For Christmas is You – Which DVD/Blu-Ray would you like to receive this year?

I’ve asked for the BFI Blu-ray restoration of Abel Gance’s 1927 epic Napoleon, so to unwrap that would be sweet!

Hmmm… Not really big on Christmas films so I’m going to cheat a little and say Walking In The Air from The Snowman purely because Ritchie Blackmore did an instrumental arrangement of it that revealed its haunting melody to me.

Let it Snow – 3 of your favourite Christmas films…

As suggested above this will be default choices rather than genuinely adored films but it would probably be It’s A Wonderful Life, Tokyo Godfathers and I suppose Home Alone.

Bridesmaids. Everyone gave it a 5 star review – I hated it.

Maybe one of the French New Wave films like Jules et Jim or or perhaps Tarkovsky’s Mirror, films universally praised by film buffs and pseuds which I just didn’t get at all.

As a kid I watched Superman The Movie around 140 times so I guess that would count.

My fave film of all time is the comedy This Is Spinal Tap!

One film you want all of your followers to watch…

Thanks SG! Now here are the lucky bloggers I am tagging:

The Wonderful World Of Cinema

And those questions for you to answer then pass on:

All I Want For Christmas is You | Which DVD/Blu-Ray would you like to receive this year?

Let it Snow | 3 of your favourite Christmas films…

One film you want all of your followers to watch…

Thanks again to SG and I look forward to the answers from those tagged above.

5 thoughts on “It’s A Wonderful Tag”